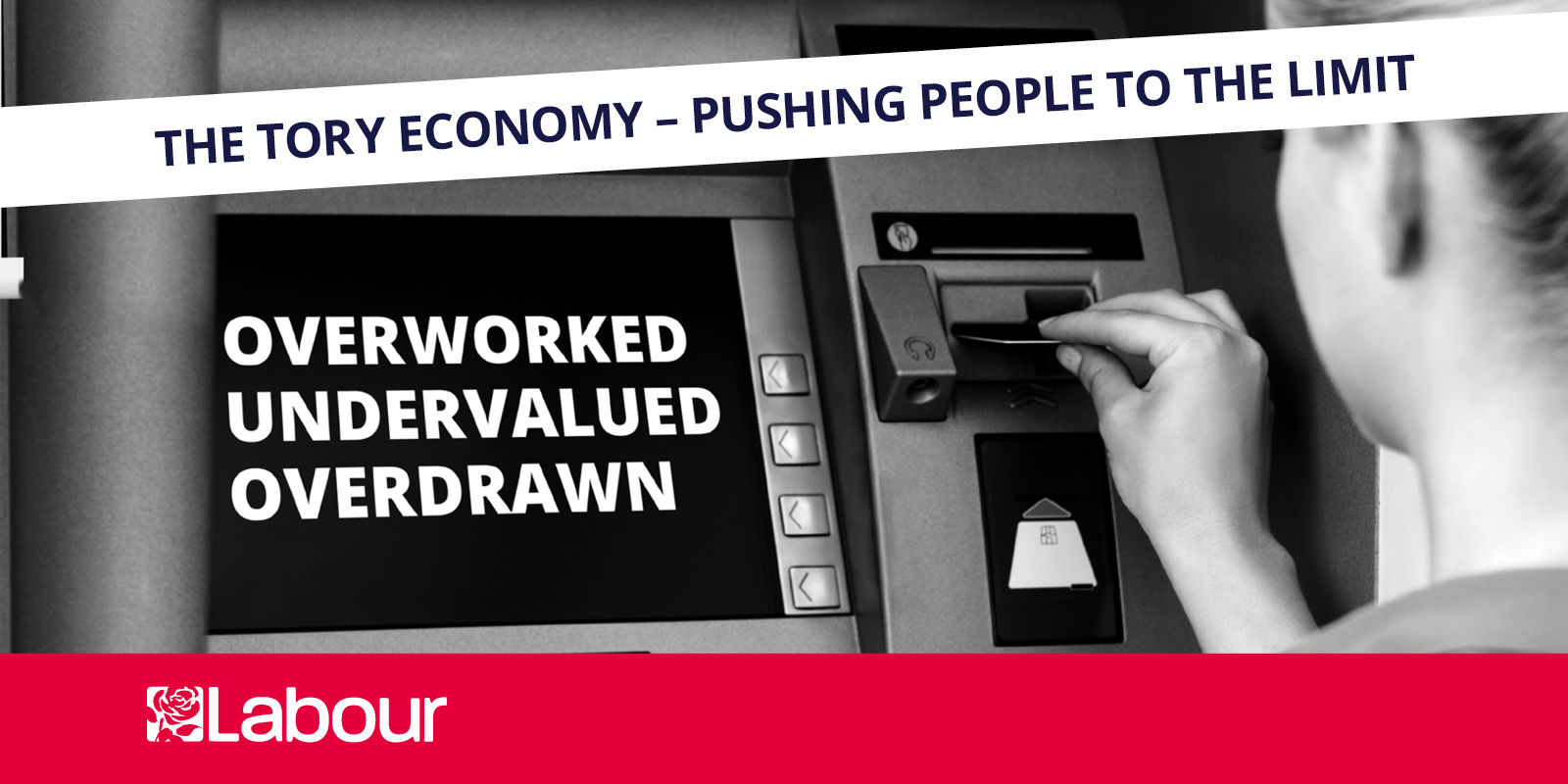 Working people deserve better than a failing tory economy, but under the Tories average household incomes still have yet to rise to pre financial crisis levels. 6 Million people earn less than the living wage, 4 million children are in poverty and yet funding for social care and the NHS continues to be cut so that wealthy CEOs don’t have to pay as much tax. We’ve been under a Tory government for 7 years now and it has been all pain for no gain – debt is up, the deficit continues, the economy is failing. The Tory Economy is letting you down.

Labour will deliver a fair tax system: the richest people and biggest corporations will pay the share they ought to. The NHS and social care will be given the funding they need, and a real Living Wage of £10 an hour so that nobody earns too little to live on. We will invest in all parts of the country, creating economic growth so that no person and no community is left behind.

Sign up to support Labour’s plan for an economy that’s fair for everyone.

This site uses Akismet to reduce spam. Learn how your comment data is processed.

We are the Labour Party in Kemptown and Peacehaven. We stretch from the pier to PEacehaven and from the Marina to Moulsecoomb.

We have the only Labour/Co-operative MP in Sussex, Lloyd Russell-Moyle and have since elected the first ever Labour MP in Sussex in 1964.

We have Labour branches and meetings across the constituency.

We have a proud history of Labour movement in the area and work closely with our Hove, Brighton Pavilion and Lewes neighbours.