On Saturday 21 January 2017 we were delighted to be joined by Shadow Chancellor John McDonnell MP for the official opening of our office in Dorset Street, before heading back to stalls across Brighton for more leafleting and petitioning as part of Labour’s Care For The NHS campaign .  You can still sign our petition calling on the Tories to give the NHS and social care the funding they deserve.  #CarefortheNHS 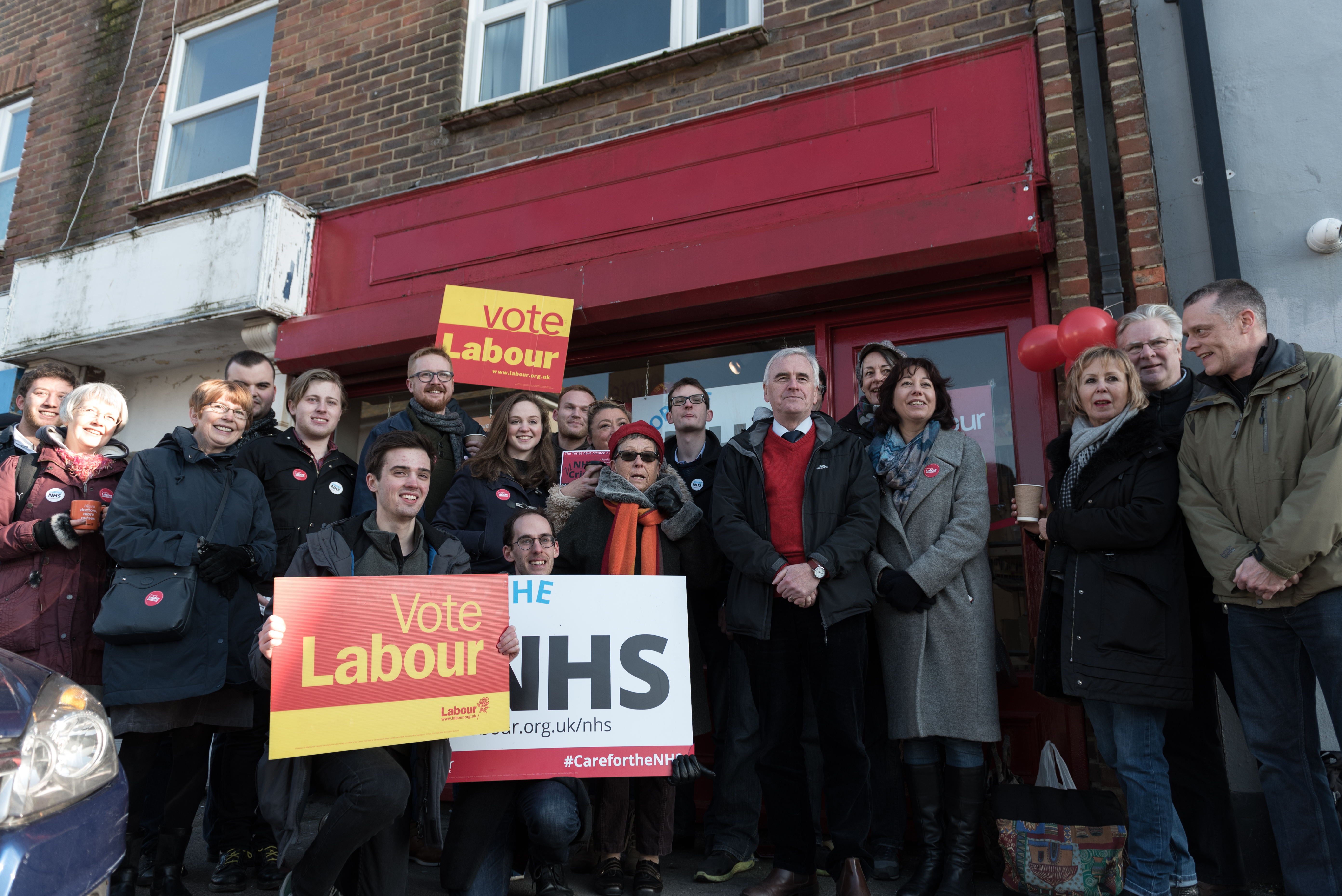 In the morning John McDonnell MP joined NHS campaigners as a big march made its way from the Royal Sussex County Hospital to a rally outside Brighton station in defence of our NHS.

Labour Party members and other NHS campaigners were marching all over the country on a national day of action to highlight the crisis of Tory neglect and underfunding of the NHS and social care.


At the station, John urged everyone to show absolute determination, courage and solidarity with NHS staff, in campaigning to #SaveOurNHS.


Thank you to everyone who joined us for this fantastic day of action.

This site uses Akismet to reduce spam. Learn how your comment data is processed.

We are the Labour Party in Kemptown and Peacehaven. We stretch from the pier to PEacehaven and from the Marina to Moulsecoomb.

We have the only Labour/Co-operative MP in Sussex, Lloyd Russell-Moyle and have since elected the first ever Labour MP in Sussex in 1964.

We have Labour branches and meetings across the constituency.

We have a proud history of Labour movement in the area and work closely with our Hove, Brighton Pavilion and Lewes neighbours.